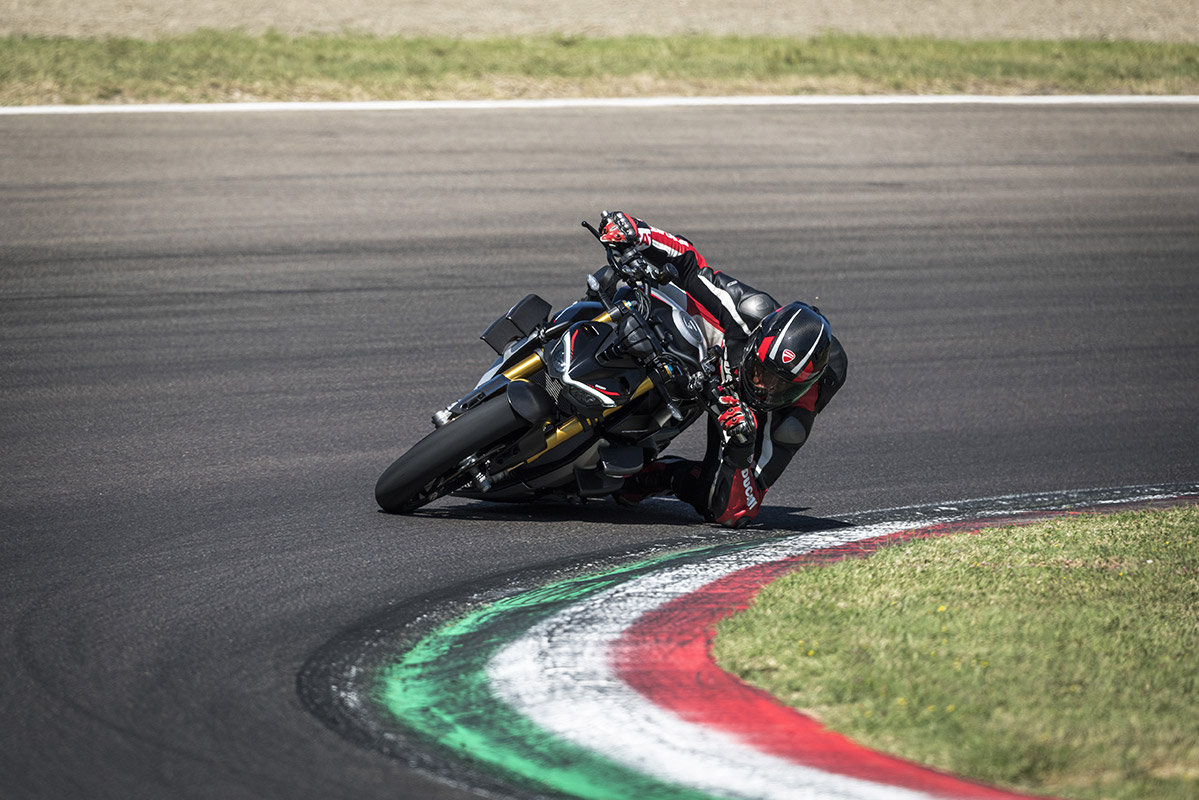 Thanks to its technical equipment, the Streetfighter V4 SP is the ideal companion for the amateur who wants to rule the track riding a naked bike and get an instant response. Braking capacity results in fact out of the ordinary, the bike is easier to lay into the corner and gets to the apex faster, not to mention the great stability at high speeds. 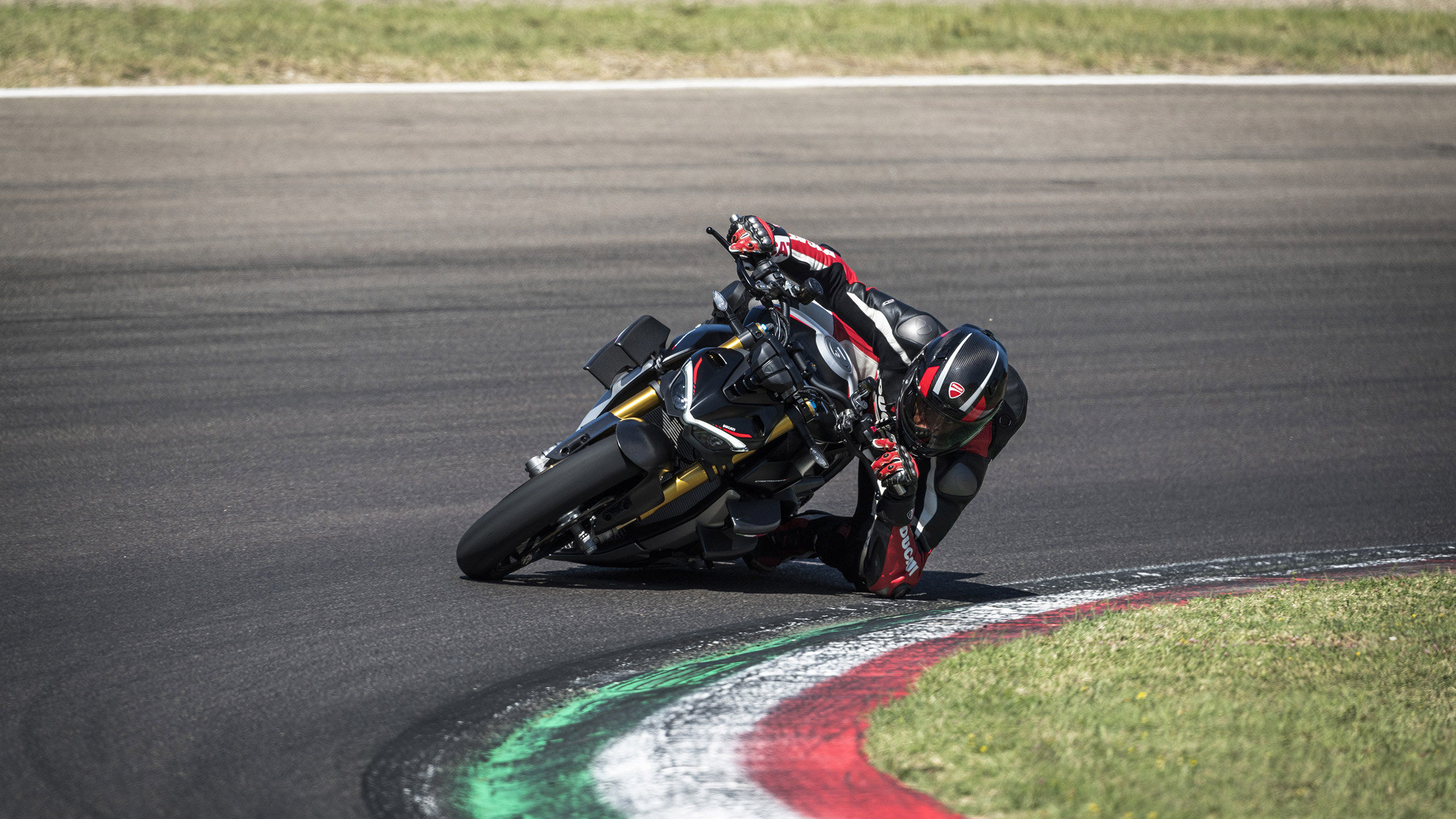 Introducing top-of-the-range Streetfighter V4 SP model, a further precious gem in the Streetfighter universe, offered in a numbered version and marked with the legendary “SP” (which stands for Sport Production). The new Streetfighter V4 SP is the most adrenaline-pumping naked to ever roll its wheels off the production line in Borgo Panigale.

Aesthetically, the SP stands out from the pack thanks to its “Winter Test” livery, which Centro Stile Ducati created by taking inspiration from the bikes used during MotoGP and SBK pre-season testing. A premium equipment derived from the Superleggera V4.

The new carbon rims, 1.4 kg lighter than those of the Streetfighter V4 S, significantly reduce the moment of inertia and contribute to an overall weight saving of 3 kg. The 1103 cc Desmosedici Stradale engine features a counter-rotating crankshaft, “Twin Pulse” firing order, 208 HP of power and 123 Nm of torque at 9500 rpm. The STM-EVO SBK dry clutch ensures a more effective anti-hopping function but also reproduces the characteristic sound that Ducatisti so appreciate. The comprehensive range of equipment is completed with Ohlins Smart EC 2.0 suspension and the Brembo Stylema R® braking system with front callipers. The essential and captivating “Winter Test” livery has been conceived by the Ducati Centro Stile taking inspiration from the Ducati Corse motorcycles ridden in MotoGP and SBK Championships pre-season tests. The Matte Black of the fairings combined with the Matte Carbon finish of rims and wings, superbly contrasts with the bright Red accents and the sparkling brushed aluminum tank. The new born from Borgo Panigale is also enriched with some beautiful details, such as the progressive number printed on the handlebar and the Italian flag colour scheme on the carbon wings. The beating heart is the 1,103 cc Desmosedici Stradale with 208 hp capable of delivering a torque of 123 Nm at 9,500 rpm. On the Streetfighter V4 SP the Desmosedici Stradale is fitted with the STM-EVO SBK dry clutch, which guarantees a better anti-hopping function, even in the most aggressive downshifts, and greater fluidity during all “off-throttle” stages, a crucial aspect to be truly effective on the track when pushing to the limit. Chassis compartment of the exclusive Streetfighter V4 SP is equipped with state-of-the-art technical contents shared with the Ducati Superleggera V4, such as carbon rims and Brembo Stylema R® front brake callipers. High-quality anodized aluminium footpegs, carbon fibre heel guards and brake and shift pedals to minimise the risk of breakage in the event of a slip and designed to quickly switch between traditional and reverse shifting configurations. The SP model shares with the Streetfighter V4 S Öhlins NIX-30 fork, Öhlins TTX36 rear shock absorber and Öhlins steering damper controlled by the second generation Öhlins Smart EC 2.0 system. Unlike the S version, it has the same Panigale V4 springs and hydraulic. The only difference is a fork spring preload reduced from 11mm to 6mm. The Streetfighter V4 SP is the ideal companion for the amateur who wants to rule the track riding a naked bike and get an instant response. Braking capacity results in fact out of the ordinary, the bike is easier to lay into the corner and gets to the apex faster, not to mention the great stability at high speeds.

The new bike is equipped with the Öhlins Smart EC 2.0 with the event-based system that can vary the damping according to the rider's riding style, and together with biplane wings they increase confidence and ensure the best performance in sporty use.
The STM-EVO SBK dry clutch guarantees a better anti-hopping function. 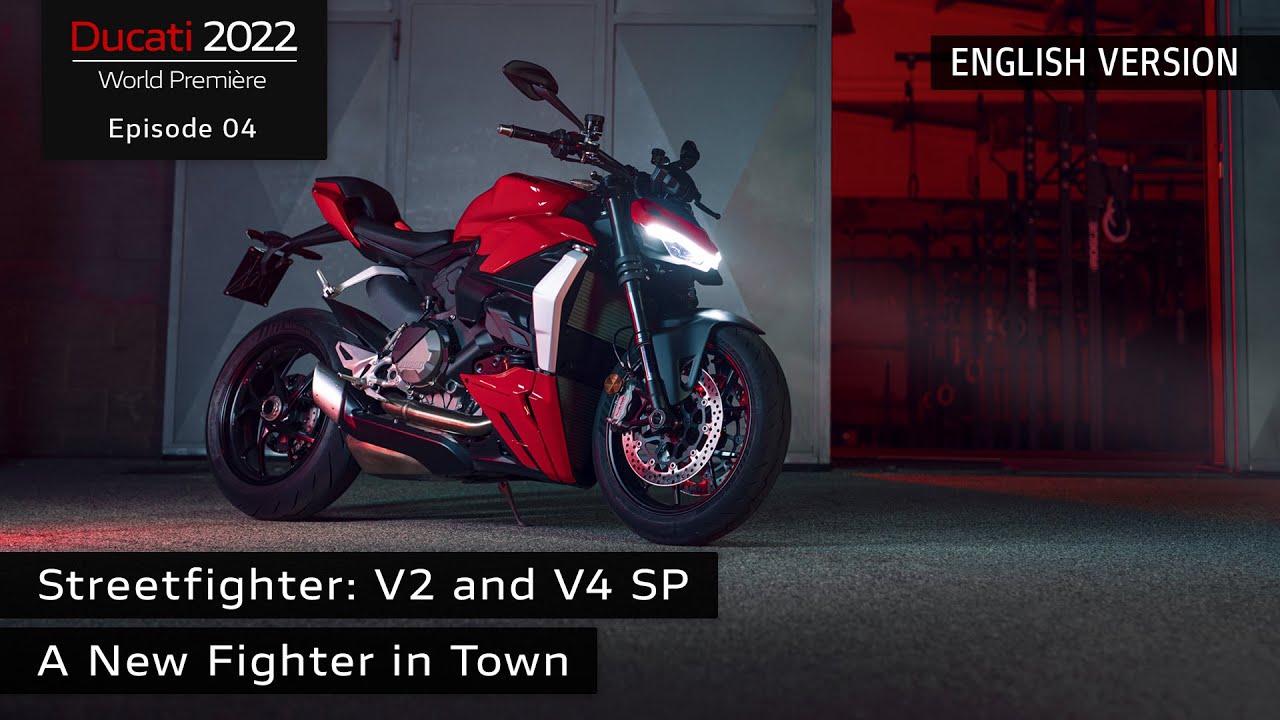 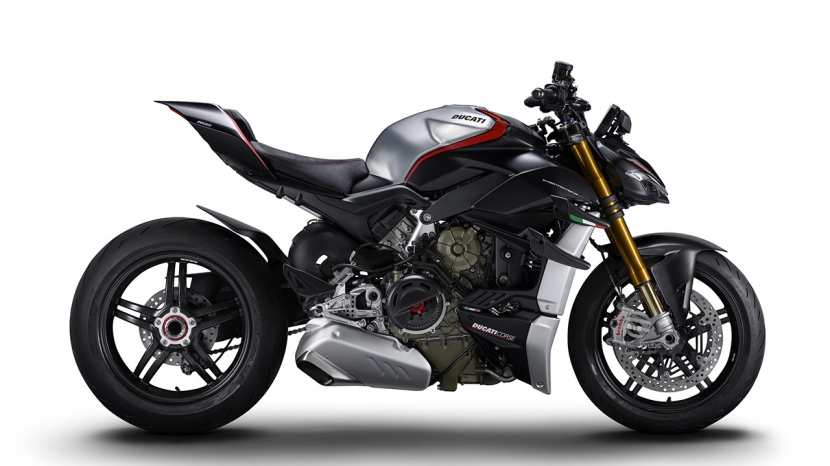