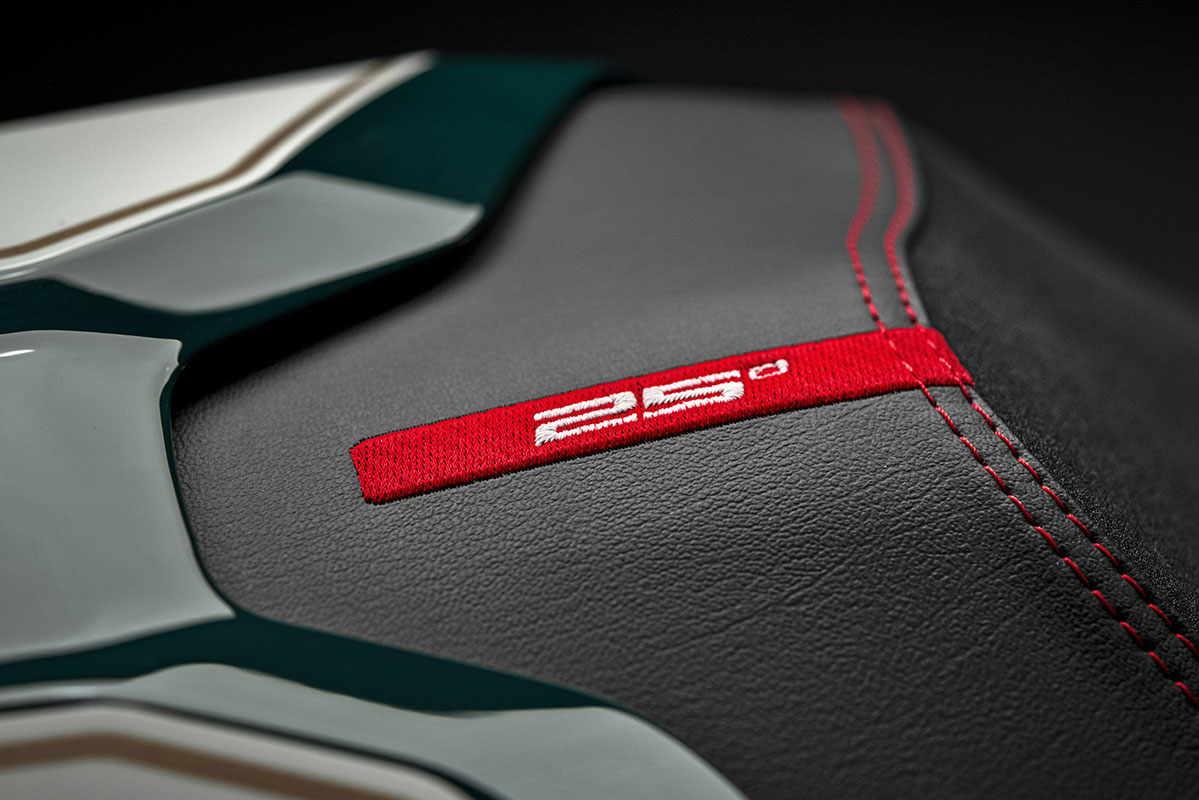 Our most iconic bike is 25 years old. To celebrate this milestone we have created the Monster 1200 25°Anniversario: an exclusive model in a numbered edition limited to only 500 sample. Only 500 numbered motorcycles will be produced of the Monster 1200 25° Anniversario, which for Ducati embodies the maximum expression of a Naked sports bike. It is characterised by an exclusive livery featuring the three colours of the Italian flag on the nose fairing, fuel tank and passenger seat cover, inspired by the 2008 Monster S4RS Testastretta Tricolore. The special colour scheme partners perfectly with the prestige seat which is embroidered with the 25th anniversary logo. The gold coloured frame and forged Marchesini wheels with W spokes in the same colour are another distinguishing feature of this Monster, which also has numerous other prestigious details machined from solid, such as the mirrors, frame plugs, handlebar end weights and the petrol cap, which is a standard fitting. The articulated brake and clutch levers as well as the plate holder are also in aluminium, while the front and rear mudguards, the keyhole cover and the exhaust heat guard are in carbon fibre. The Monster 1200 25° Anniversario also comes with a bike cover, decorated with the particular logo of this special limited edition. Only 500 of the new Monster 1200 25th Anniversario bikes were produced, identified by a plate with progressive numbering applied to the frame. The headlight fairing, tank and passenger seat cover of the Monster 1200 25th Anniversario feature a special three-colour Italian flag livery inspired by the 2008 Monster S4RS Testastretta Tricolore. The line is also distinguished by a logo celebrating the bike's 25 years embroidered on the seat. The Monster 1200 25th Anniversario boasts the best you could wish for on a naked sportbike, starting with the distinctive Marchesini forged rims with gold-coloured W spokes. It also has a steel tube trellis frame and aluminium single-sided swinging arm combined with the fork with 48 mm diameter stems and a rear shock absorber, both Öhlins and fully adjustable. The Monster 1200 25th Anniversario is embellished with numerous billet aluminium details like mirrors, frame plugs, handlebar counterweights and the tank cap, the latter supplied as standard. Also in aluminium are the articulated brake and clutch levers and the number plate holder, while the front and rear mudguards, the ignition switch cover and the exhaust heat guard are made of carbon fibre. 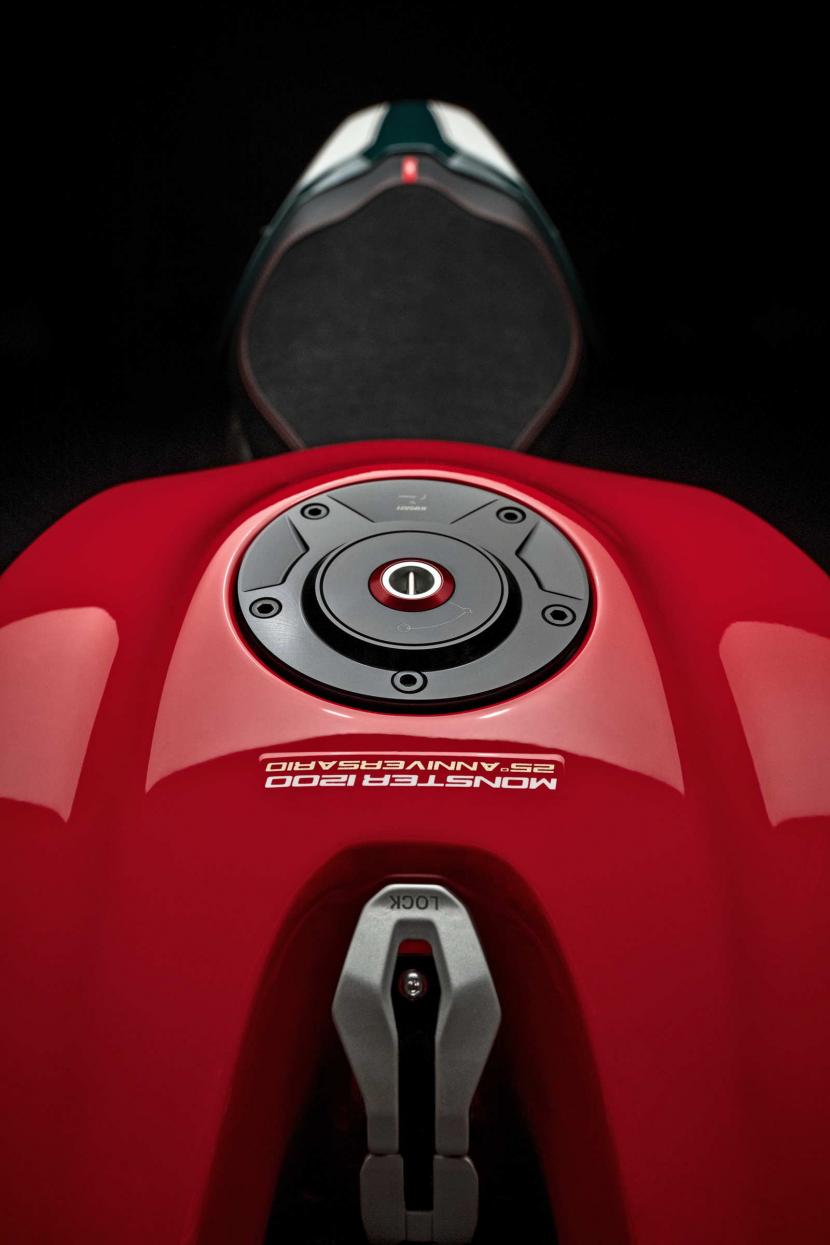 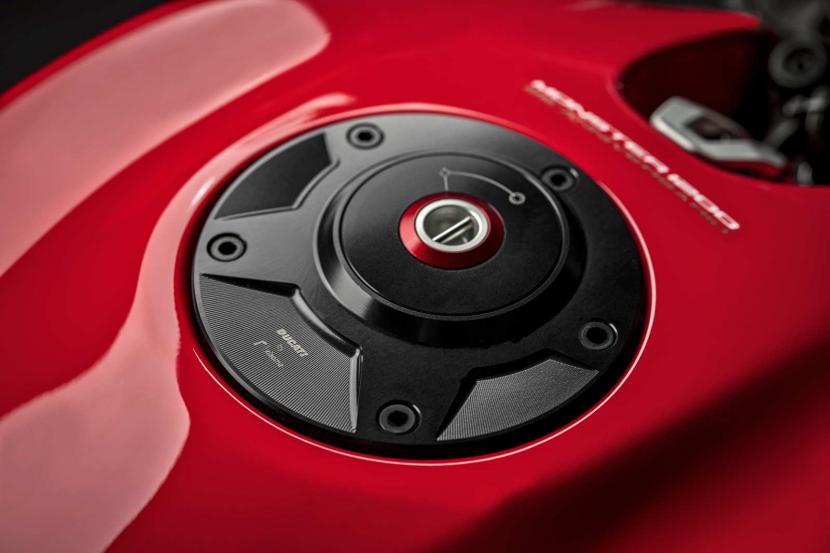 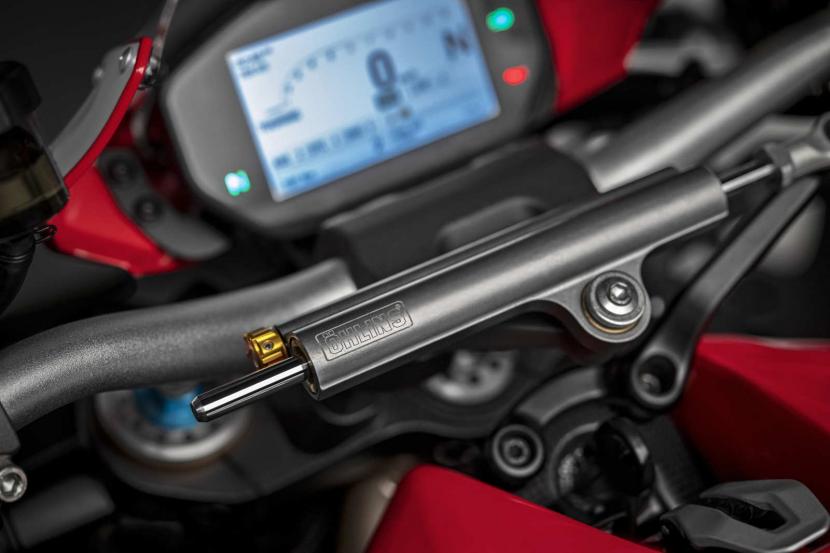 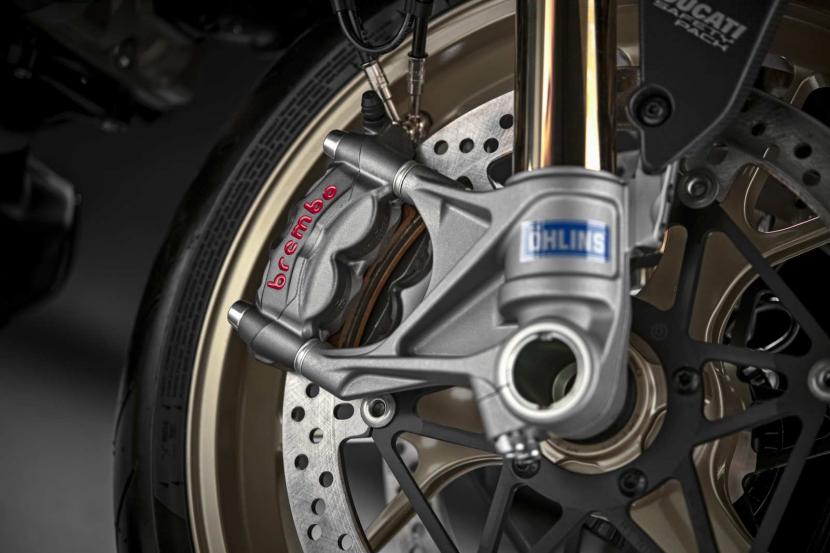 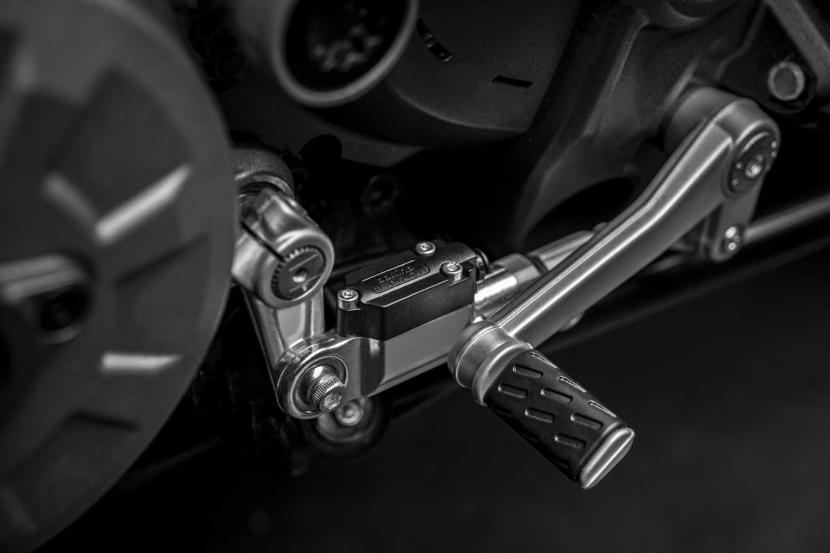 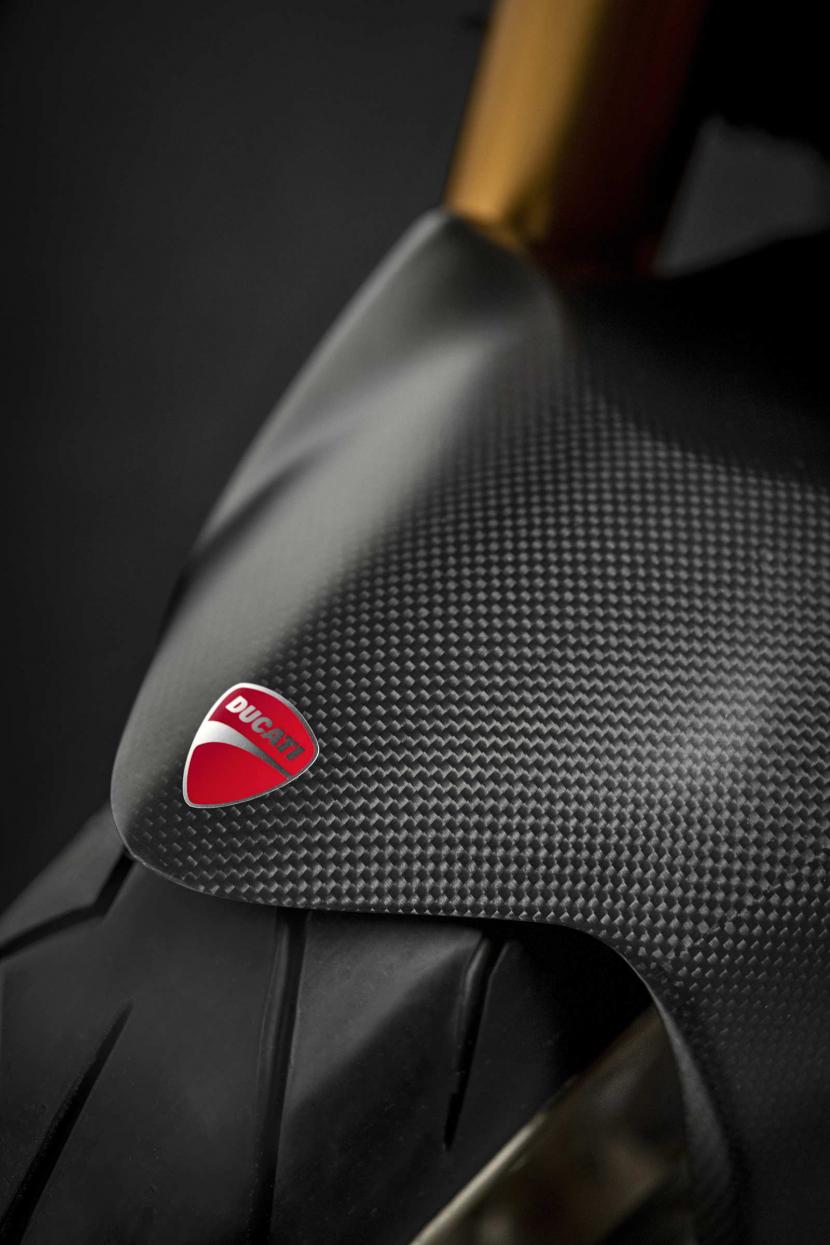 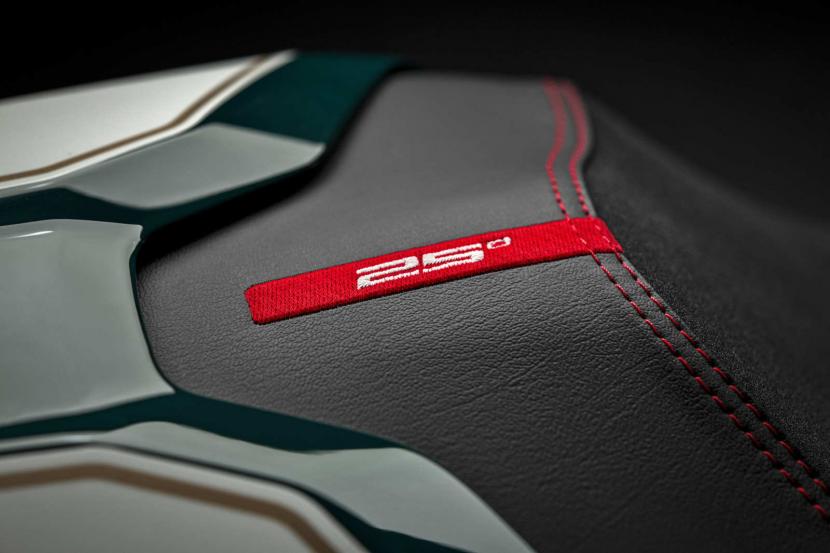 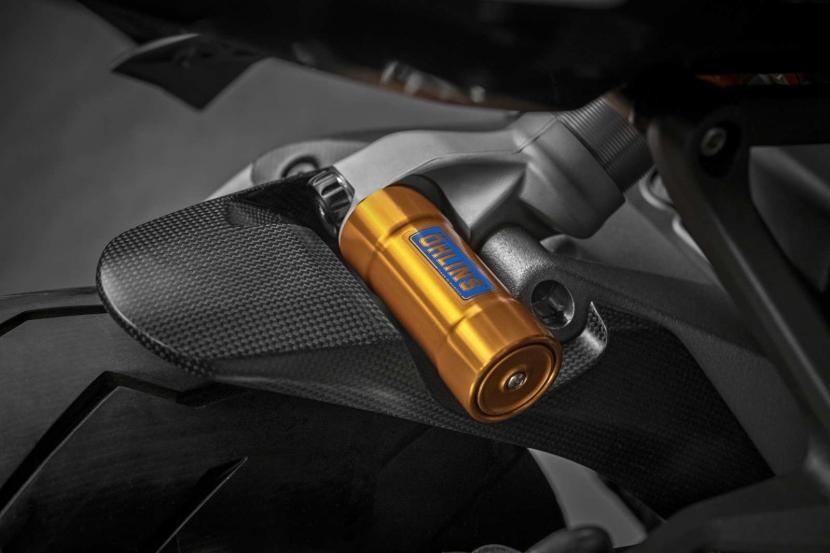 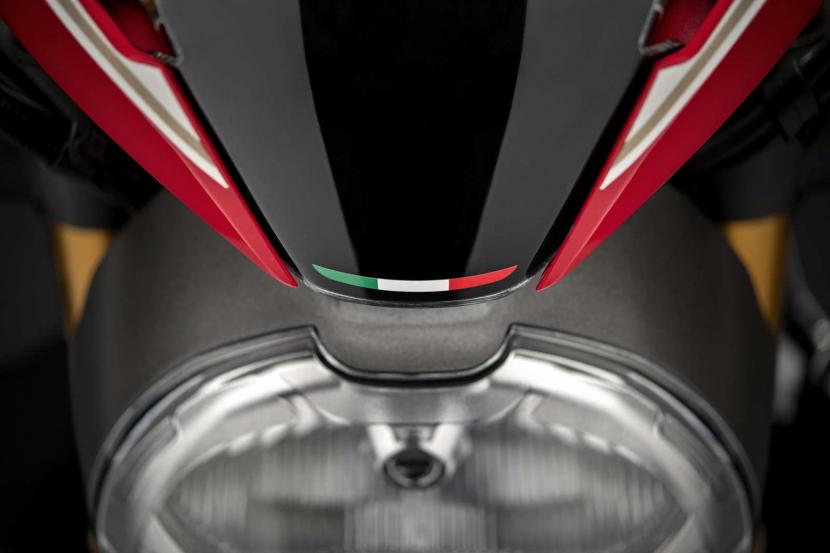 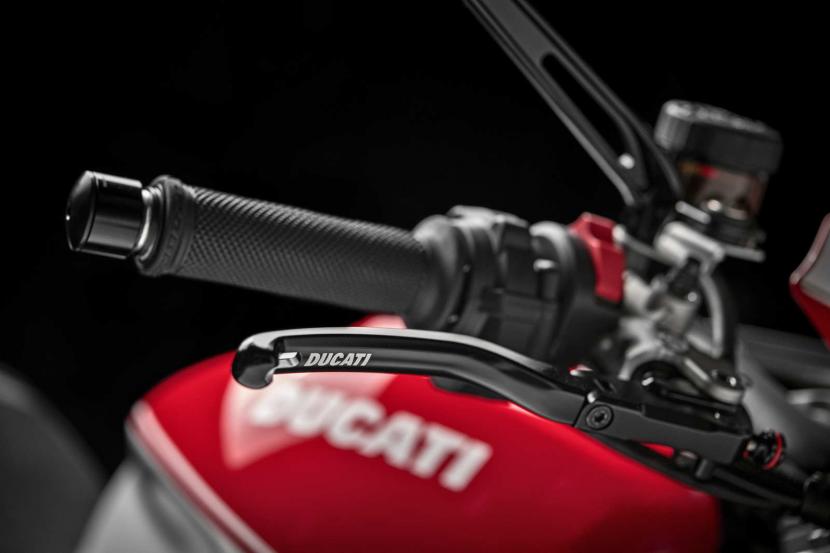 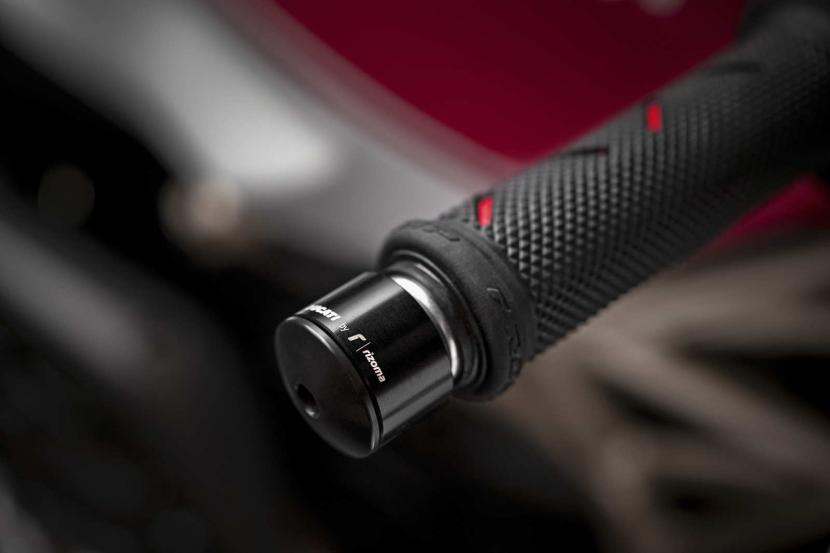 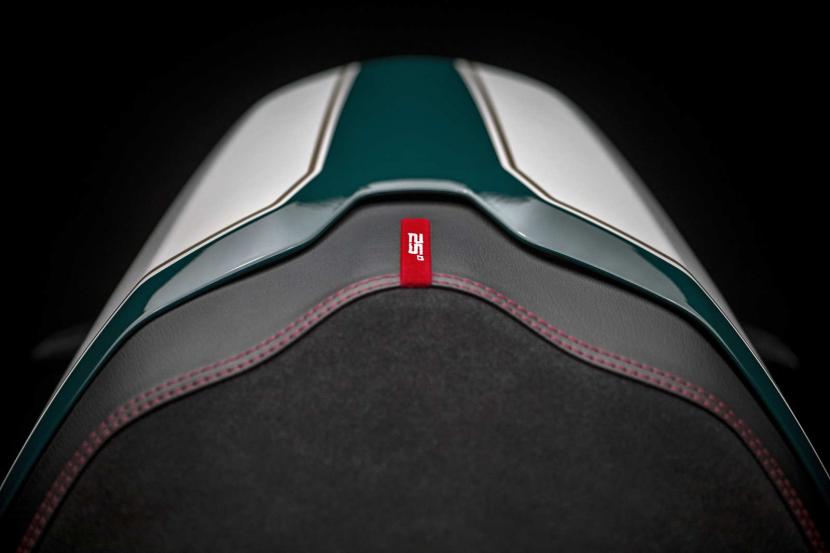 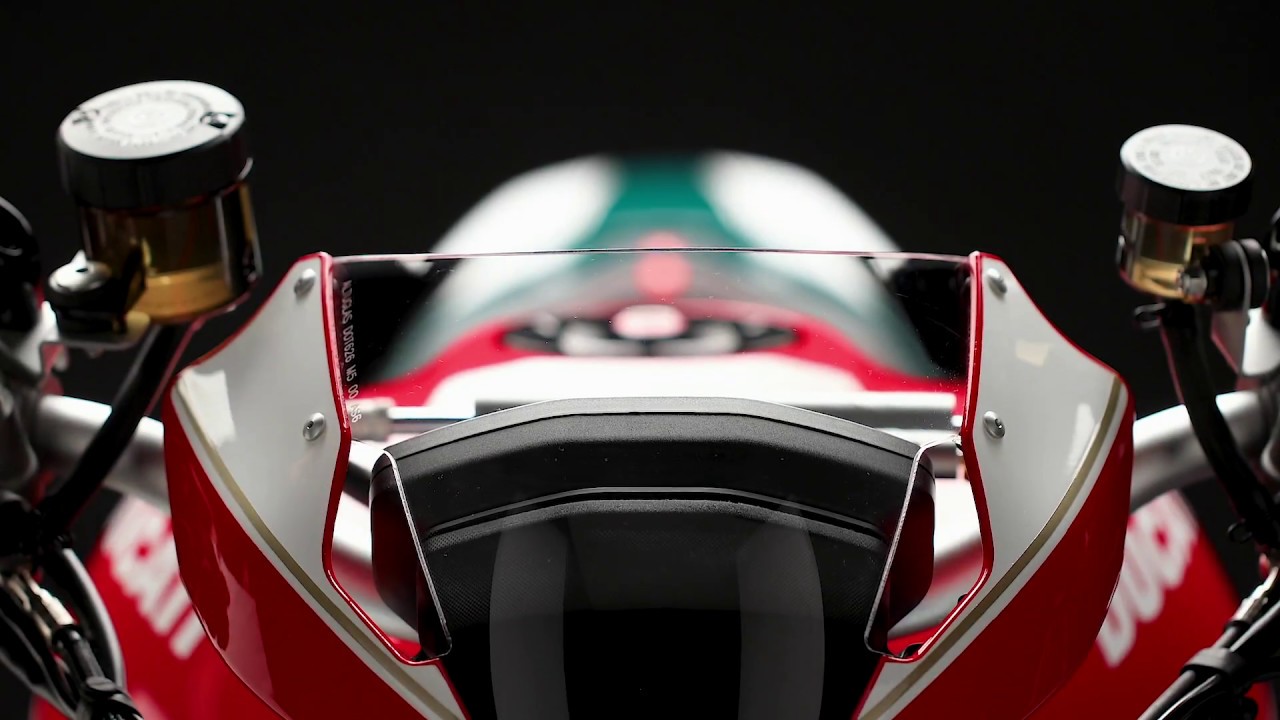 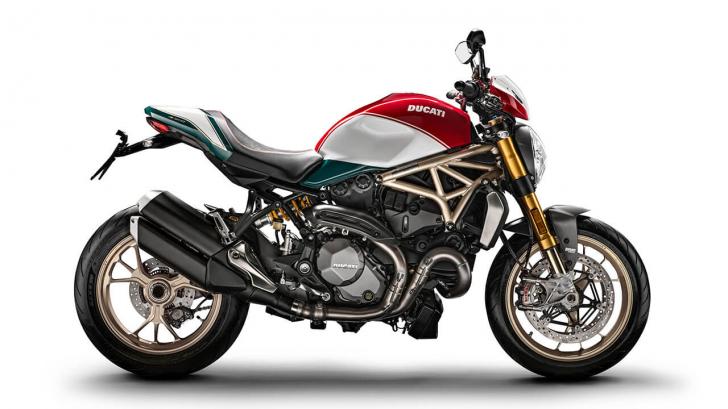